All About Voting Methods

An introduction to different styles of voting

How do groups use voting to reach a consensus?

Selecting the right way to make a group decision ultimately comes down to the method in which voters will participate and how their ballot will be counted.

Note that voting methods (i.e. the way you combine responses and structure the will of the group) are distinct from voting technology (i.e. what you are using to make a decision).

What are different methods of voting? 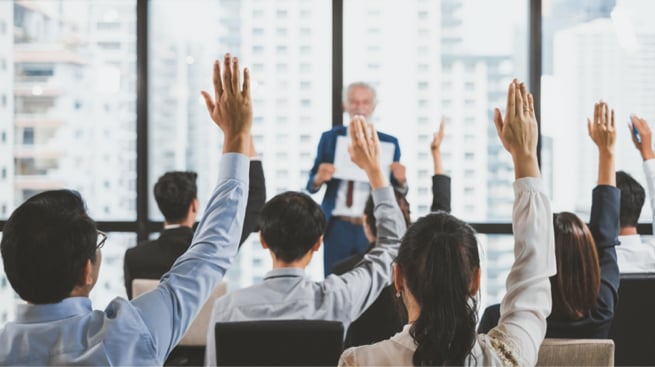 Voting methods are different approaches for organizations to conduct, collect, or count ballots in a voting event. Here we will explore the two electoral systems in which the majority of the most popular voting methods fall under.


In a first-past-the-post voting setup, the first resolution to meet a certain criteria (e.g., a majority vote) is declared the winner.


In a ranked-choice voting setup, voters always have more than two options, leading to preferential ballots that collect more information from voters than single-mark ballots.

What are first-past-the-post voting methods?

These methods typically require certain criteria or thresholds to be met, with the winner taking all. While this system does not provide the same flexibility or options that a ranked-choice voting system offers, it is often a simpler and faster way of reaching a consensus.

Approval voting is a single-winner electoral system where each voter may "approve" any number of candidates, with the winner being the most-approved candidate. Depending on the rules of the election, voters may be limited to a certain number of votes.

Approval voting may be best applied in situations where one resolution or candidate must be selected from an abundance of options. For example, if an organization is taking on multiple resolutions and needs to decide which ones are the priority to address, voters can take their pick and the most popular selection will be addressed first.

Cumulative voting is the procedure followed when electing a company's directors. Typically, each shareholder is entitled to one vote per share multiplied by the number of directors to be elected. This is a process sometimes known as proportional voting.

Cumulative voting is advantageous for individual investors because they can apply all of their votes to one candidate. This can be a particularly useful voting method for the corporate board of directors elections, as votes can be weighted depending on the shareholder’s importance or investment within the organization.

Each voter selects one candidate and the candidate(s) with the most votes wins. This is typically used for voting on candidates, rather than resolutions, or when only one position is available to be filled.

Plurality voting may be most useful when there are a limited number of candidates running for one open position, such as president or CEO of an organization.

Plurality with runoff is a voting method used to elect a single winner, where the voter casts a single vote for their chosen candidate. Despite its name, the two-round system may resolve an election in a single round if one candidate receives enough of the vote, usually a simple majority.

If no candidate receives enough of the vote in the first round, then the second round of voting is held with either just the top two candidates or all candidates who received a certain proportion of the votes.

What are ranked-choice voting methods? 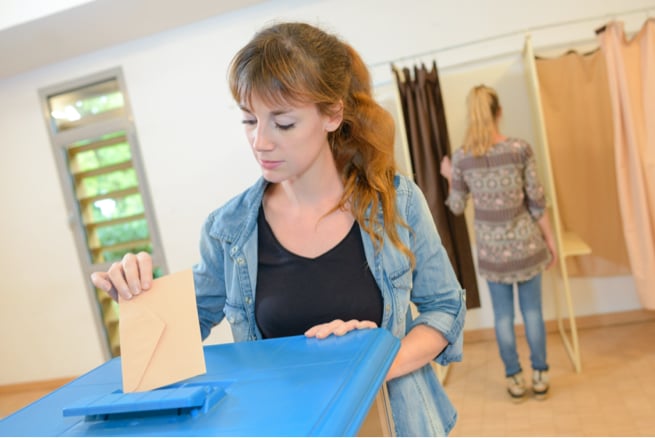 Voters rank choices in a hierarchy on the ordinal scale: 1st, 2nd, 3rd, etc. In some areas, ranked-choice voting is called preferential voting, but in other places, this term has various more-specialized meanings.

The other major branch of voting systems is cardinal voting, where candidates are independently rated rather than ranked relative to each other.

A proportional voting system designed to achieve proportional representation through ranked voting in multi-seat organizations or constituencies (voting districts). Under STV, each elector (voter) gets one single vote, in an election electing multiple winners. All elector's votes are initially allocated to their most preferred candidate. Votes are totaled, and a quota (the number of votes required to win a seat) derived.

If their candidate achieves the quota, they are elected and in some STV systems, any surplus votes are transferred to other candidates in proportion to the voters' stated preferences. If more candidates than seats remain, the bottom candidate is eliminated with their votes being transferred to other candidates as determined by the voters' stated preferences. These elections and eliminations, and vote transfers if applicable, continue until there are only as many candidates as there are unfilled seats.

Advocates for STV say that this form of voting enables votes to be cast for individual candidates rather than for parties and party machine-controlled party lists, and – compared to first-past-the-post voting – reduces "wasted" votes (votes being wasted on losers and surplus votes being wasted on sure winners) by transferring them to other preferred candidates.

If no candidate is the first choice of more than half of the voters, then all votes cast for the candidate with the lowest number of first choices are redistributed to the remaining candidates based on who is ranked next on each ballot. This process is called an instant runoff.

If this does not result in any candidate receiving a majority, further rounds of redistribution occur.

Voters are allowed to rank preference ballots (first, second, third, etc.). First choice votes are first counted. If one candidate has a majority, that candidate wins. Otherwise, the second choice is added to the first choices.

Again, if a candidate with a majority vote is found, the winner is the candidate with the most votes accumulated. Lower rankings are added as needed.

A majority is determined based on the number of valid ballots. Since, after the first round, there may be more votes cast than voters, it is possible for more than one candidate to have majority support.

Pairwise comparison generally is any process of comparing entities in pairs to judge which of each entity is preferred or has a greater amount of some quantitative property, or whether or not the two entities are identical.

Condorcet voting is the application of a Pairwise Comparison. The Condorcet method is one of several election methods that elect the candidate that wins a majority of the vote in every pairing of head-to-head elections against each of the other candidates, whenever there is such a candidate.

A candidate with this property, the pairwise champion, is formally called the Condorcet winner. A Condorcet winner might not always exist in a particular election because the preference of a group of voters selecting from more than two options can possibly be cyclic — that is, it is possible that each candidate has an opponent that defeats them in a two-candidate contest.

This method may be best applied in situations where someone would need to see how a candidate would fare in a head-to-head matchup with an opponent.

Voters rank options or candidates in order of preference. The Borda count determines the outcome of a debate or the winner of an election by giving each candidate, for each ballot, a number of points corresponding to the number of candidates ranked lower. Once all votes have been counted the option or candidate with the most points is the winner.

The Borda count is intended to elect broadly acceptable options or candidates, rather than those preferred by a majority, and so is often described as a consensus-based voting system rather than a majoritarian one.

What are voting modifiers? 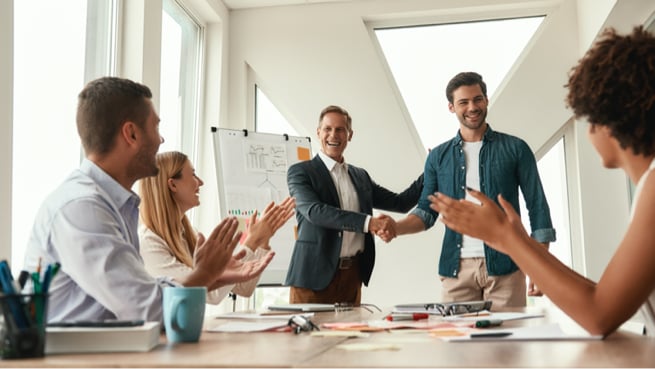 Voting modifiers may be added to other voting methods. For example, a plurality vote may also be an anonymous vote or a weighted vote.

Public voting or a referendum is a method in which an individual’s vote is cast openly so everyone can see how they voted. A public vote may be the easiest to conduct and the most transparent way for a group to come to a decision, as all voters are accounted for and the need for developing and processing secret ballots is made unnecessary.

However, a public vote is also potentially at-risk of outside interference. Whether it is something as innocent as peer pressure or more scandalous like blackmail, it is difficult to analyze any public vote without considering potential biases.

Public voting is commonly seen in representative governance models when new policies or laws are discussed. A public vote holds the representative accountable to their decisions, as their constituents can review voting records and determine if the representative is working in the best interests of the group.

A public vote can also be useful in situations where a vote must be conducted quickly and cheaply. Without the time or resources to organize a formal voting event, a simple show of hands or a calling of “Yea” or “Nay” can help a group reach a swift consensus.

Anonymous voting is a modifier in which an individual’s vote is hidden in a way that they cannot be identified by their ballot. Anonymous voting may be applied to any voting event where the organization seeks an impartial, unbiased outcome, as nameless ballots discourage attempts to use peer pressure or other external influences to sway voters.

There are several variations of anonymous voting:

Anonymous voting is widely used in voting events, whether it is for a simple policy decision or for electing a president of a country. It is popular amongst voters as well, as the pressure to conform to certain viewpoints is lifted once they step behind the curtain.

Proxy or representative voting is a form of voting in which an individual may give their voting power to a representative to vote on their behalf. The representative may be another member of the same organization or an external entity.

A great example of this type of voting would come in the form of the American election system. Constituents from a community (district, county, or state) come together and vote on one candidate to represent their interests through political action.

Some organizations will require a proxy to vote in the event a registered voter will not be able to cast a ballot. This ensures that all voices are heard and no one is left out of the process, for whatever reasons.

Weighted voting can exist in a legislative body in which each elected representative has a different voting power (weighted vote) as determined by the total number of citizens who voted for them in the general election. Weighted voting exists in an electoral system in which not all voters have the same amount of influence over the outcome of an election. Instead, votes of different voters are given different weights during the election.

Weighted voting can be applied with other voting methods when certain voters have more say in a situation. For example, in a vote amongst shareholders of a corporation, members with more shares may have a weighted vote in their favor over those with fewer shares.

No matter what you are voting on, the method in which you vote and how your ballot is counted will directly influence an important decision. Organizations must be careful and deliberate when selecting a voting method to get the best results.

Which Method Should You Use?